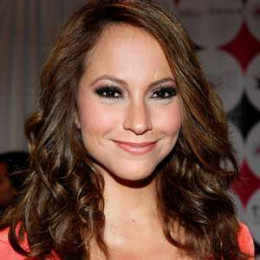 a Honduran triathlete, marathonist moreover Emmy Award-winning journalist and news co-anchor of theUnivision Network's popular morning show Despierta America Satcha Pretto is currently married to Aaron Butler in 2013 . she graduated with a B.A. in Communications.She began her career at the age of seventeen.She is a daughter of Honduran Liz Padilla and Panamanian Rolando Pretto. She was hired by Radio Suprema Stereo 99.5.

Satcha Pretto is amarried person.this couple has two children.Bruce Aaron Butler is the name of her son,he was born in July 2014.She began her professionally carrer as a a television journalist inMidland-Odessa, Texas as a reporter and anchor of the late night newscast of KTLE-Telemundo.She is the new co-host for newsmagazine named primer Impacto. Pretto also received an Emmy nomination for best investigative report and an award from Texas Associated Press Broadcasters. She is nominated for Daytime Emmy Award for Outstanding Morning Program in Spanish

First Marriage with Aaron Butler in 2013

Aaron Butler is her longterm boyfriend now he is her former husband.The couple married in 2013 .

Bruce Aaron Butler is the name of her son,he was born in July 2014.