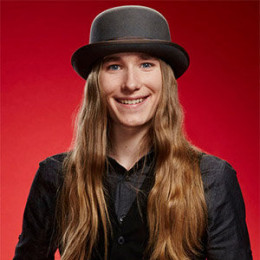 American singer–songwriter, Sawyer Fredericks is best known as the winner of the eighth season of The Voice in 2015. He is a son of Kirsten L. and Carl F. Fredericks. On June 4, 2013, Sawyer independently released his first studio album entitled 'Out My Window', consisting of 15 original tracks. In 2016, Fredericks won Reality TV Awards in a category of Best Performance" Old Man" on The Voice.

In May 2015, following his win on The Voice, Sawyer Fredericks signed a recording contract with 'Republic Records'.On 1th May 2015, Fredericks shared the stage with John Fogerty in a medley of Creedence Clearwater Revival hits "Born on the Bayou", "Bad Moon Rising" and "Have You Ever Seen the Rain". Sawyer has kept his personal life secret.