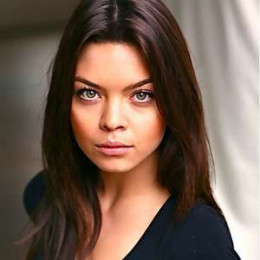 Scarlett Byrne, born in Hammersmith, London, is an English actress mainly known for her works in Harry Potter series as Pansy Parkinson. She also appeared as in the TV series Falling Skies as Lexi and in The Vampire Diaries as Nora Hildegard. Scarlett started her acting career from the short movie CryBaby in 2005. Later she worked in a British TV series Doctors and then auditioned for Harry Potter.

Scarlett Bryne entered to Harry Potter series from Harry Potter and the Half-Blood Prince in 2009. She also appeared in Lake Placid: The Final Chapter as Brittany. Her other works include the short movie Lashes, Skybound, and the series Reunion. Scarlett has a good friendship with Evanna Lynch and Afshan Azad. She is engaged to Cooper Hefner, who is a year younger than her.