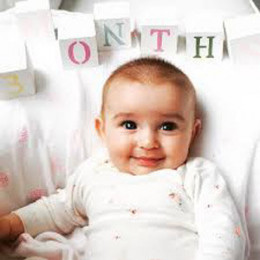 Facts of Scarlett May Stuber

Scarlett May Stuber is the daughter of an American film producer, Scott Stuber and an American model and actress, acts in the Sports Illustrated Swimsuit Issues and role as Delinda Deline in the NBC drama, Molly Sims. Her father Scott graduated from the University of Arizona. Her father, Stuber is the Co-President of production at Universal Pictures with Mary Parent in 2004.

Gaining fame due to her parents, Scarlett May Stuber's father, Scott Stuber married twice. His first marriage was to an American actress and model, Rachel Nichols. The couple married on 26th July 2008 in Aspen Colorado and divorced in February 2009. He then wedded Molly Sims in 2011 and has two children together. Scarlett has a brother named Brooks Alan Stuber, born in June 2012.

Scarlett May Stuber was born on 25th March 2015 who weighs 7.7 pounds and 21 inches long at her birth. She is the second child of Actress Molly Sims and American producer Scott Stuber. She has two siblings.

Beautiful Scarlett is popular because of her famous parents and she belongs to the white ethnicity and holds American nationality.

Scarlett mother ‘Molly’ completed her graduation from ‘Murray High School’ in 1990 later she joined ‘Vanderbilt University’ to study political science. However, in 1993 she dropped out from college to pursue her career in modeling.

Stuber parents were known faces of Hollywood. Molly Sims was a model before became an actress. She was a runway model for Victoria Secret and has featured in many popular magazines as the cover girl. In 2006 she appeared in bikini worth $30 million dollars in ‘Sports Illustrated Swimsuit Issue’. Molly worked in several comedy movies such as; ‘The Benchwarmers’, ‘Yes Man’, ‘The Pink Panther 2’ and ‘Fired Up’.

Her father ‘Scott Stuber’ was Co-president at ‘Universal Pictures’ with Mary parent. In 2013, he signed a five-year contract with Universal Studios under his vanity card. He has produced many movies including ‘Role Models’, ‘Welcome Home, Roscoe Jenkins’, ‘The break-up’ and much more.

Her parents exchanged vows on September 24, 2011. It was believed that their wedding was a small ceremony where only close friends and family were invited. Along with Scarlett duo have two more children named ‘Brooks Alan Stuber’ (born June 19, 2012) and ‘Grey Douglas Stuber’ (born January 10, 2017).

Molly Sims announced Scarlett birth via Instagram by posting Scarlett picture on her lap. She captioned the picture with, 'We welcome Scarlett May Stuber into our family. Our hearts are bigger with you here’ in that picture she was show off her necklace named as ‘S’ to tribute her daughter.

Molly Sims is standing 5ft 10 inches tall with weighing 120 pounds. She is one of the richest celebrities of Hollywood with total net worth of $20 million dollars.

Scott Stuber got the really good height of 6 feet 4 inches. With his successful career, he has managed to earn a huge amount of salary and managed to make a pretty impressive net worth of $25 million.