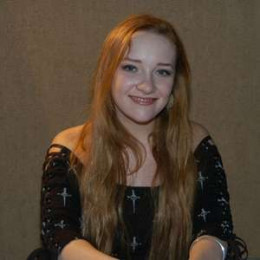 Scarlett Pomers is a songwriter, singer and actress. Her famous on-screen character is Naomi Wildman in TV series Star Trek: Voyager. Pomers has worked in many films stared on many television series. She began her acting career in the music video Heal The World. Scarlett was cast in the role of Kyra Hart in the WB series called Reba. Scarlett is daughter of Michelle. She has a brother named Shane Pomers, who is her half-brother.

There is a rumor that she has dates with Jonathan Taylor Thomas, he is her long–term boyfriend they have been seeing eachother for many years. She is beautiful and kind in nature. She has worked in television, film and as well as in theaters.