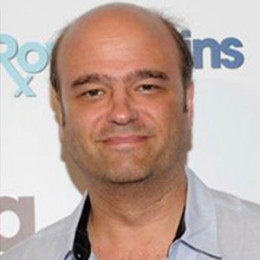 An American actor, writer, voice actor and improvisational comedian, Scott Adsit is currently single. He was born to mother Genevieve "Genny" and Andrew Scott Adsit. Scott Adsit attended Indiana's DePauw University for one semester and then attended Columbia College Chicago. He was encouraged by his acting teacher Sheldon Patinkin to join the city's famed improv troupe, The Second City. Scott portrayed an alcoholic and drug-addicted father in Minnesota's Hazelden Substance Abuse Clinic short-subject production "Reflections From The Heart Of A Child".

Adsit directed, wrote, produced and provided many of the lead voices. He also voiced several characters and was nominated for an Annie Award for his work as Clay Puppington, Orel's father. Adsit appeared in several Jeff award-winning revues, including Paradigm Lost for which he won The Joseph Jefferson Award for Best Actor in a Comedy. Adsit has no disclosed any information about his personal life in social sites.