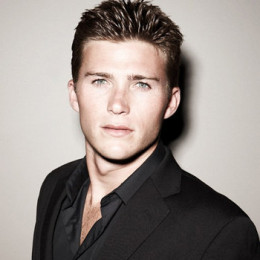 Scott Clinton Reeves aka 'Scott Eastwood', is a actor and model best known for his appearance in films like The Longest Ride, The Forger, Gran Torino, Invictus, Trouble with the Curve and Fury. As a model, he has modeled for the fragrance Cool Water by Davidoff. Also, he has appeared in the music video of Taylor Swift's Wildest Dreams. He was born to Clint Eastwood, an award-winning actor-director and Jacelyn Reeves, a flight attendant.

Scott Eastwood, an American actor, and model is not yet married. Probably, he hasn't found that special person with whom he can spend the rest of his life with happiness and joy.

is possibly single at the moment, which might be a piece of very good news for all his lady fans. However, Loyola Marymount University graduate dated many women in his past days but his relationship with them has not been all roses.

Scott underwent a great tragedy a few years back. His girlfriend was killed in a car crash. Since then, it's kind of impossible for him to fall for someone again.

How Much Is Scott Eastwood's Net Worth?

Scott Eastwood has an estimated net worth of $10 million. His father Clint Eastwood had a total fortune of $300 million.

Carmel, California native earns big bucks from his career as an actor. The average salary of an actor is $49.707-$55.59 per hour. Scott is a widely popular and well-skilled actor thus he definitely pockets over $100 thousand per movie.

Eastwood worked in dozens of movies to this date and won some prestigious awards for playing outstanding roles. Currently, he lives in San Diego.