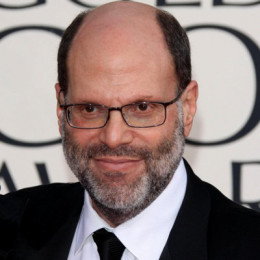 Scott Rudin is an American film producer who started working professionally at the age of sixteen. In 2012, he became the first only producer to grab an Emmy, Grammy, Oscar and Tony Award.

Scott Rudin was born on July 13, 1958, in Baldwin, New York. Both his parents were Jewish. He attended Baldwin Senior High School. He was raised in a Jewish family.

He completed his schooling from Long Island but he became uncomfortable in the school and ran away at the age of eighteen. While attending college, he got a job of a casting director and ended up starting his own company.

Rudin started working at the age of 16 as an assistant to Kermit BLoomgarden, a theatre producer. He then went on to work for Robert Whitehead and Emanuel Azenberg. After completing high school instead of joining college, he started working as a casting director and opened his own company. His company cast many Broadway shows including Mike Nichols for Annie.

Further, to enhance his career in the entertainment field he moved to Los Angeles in 1980. He took a job at Edgar J. Scherick Associates. There he produced the movie I'm Dancing as Fast as I Can, NBC miniseries Little Gloria... Happy at Last and documentary He Makes Me Feel Like Dancin' which won an Oscar.

After gaining experience, Rudin opened up Scott Rudin Productions, and under the name, his first work was Mrs. Soffel. He took the post of executive-producer in 20th Century Fox leaving his company dormant. Rudin worked at Fox with full dedication and hardwork. By 1986, his hardwork paid off as he earned the post of president of the production.

He then worked at Paramount Pictures and then on August 1, 1992, joined Tri-Star Pictures again to return to Paramount. Working for Paramount, he produced famous movies like The Addams Family and its sequel Addams Family Values and Sabrina among others. He served at Paramount for 15 years before signing a five-year contract with Disney.

He also produced theatre plays. Some of his famous work include Face Value, Indiscretions, Hamlet, A Funny Thing Happened on the Way to the Forum, The Goat or Who Is Sylvia?, The History Boys, Closer and The Book of Mormon among others.
He won Best Musical Tony Award for his work in Passion. Other than that he won 15 Tony Awards and 12 Drama Desk Awards for his production.

On December 9, 2014, Sony Pictures' computers were hacked by Guardians of Peace disclosing many gigabytes of information and company documents. The hacked data also included the exchange of email between Rudin and SPE Co-Chair Amy Pascal. In their emails, they talked about Pascal's upcoming meeting with President Barack Obama which included characterizations described as racists. Later, both Rudin and Pascal apologized. Rudin said that it was 'private emails between friends and colleagues written in haste and without much thought or sensitivity.'

Rudin has accumulated a good net worth from his prolific career as a producer which is estimated to be $100 million. He is active in the field of entertainment since 1978 and worked with reputed companies like Fox, Tri-star, Paramount, and Disney. According to the sources, the average salary of producers in the US ranges from $43k to $53k.

It is public that he is gay. He is in relation to his longtime boyfriend, John Barlow. They both belong to the same industry and are happy with each other. They are often seen together in various functions and V.I.P programs. They love each other so much that the whole world seems to be on one side and their own world on the other.

He falls under the list of 14 people who have won EGOT, meaning he has one at least one of all of the four significant awards in the entertainment industry; Emmy, Grammy, Oscar and a Tony.