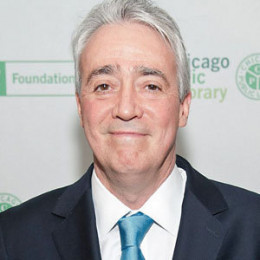 An American journalist and the host of Weekend Edition Saturday on NPR, Scott Simon is currently married to Caroline Richard since 2000. Simon is a son of Ernie Simon, comedian and Patricia Lyons, actress. He is a guest-hosted of a program BBC World News America, filling in for Matt Frei. Scott has awarded an Honorary Doctor of Humane Letters degree by Willamette University. He is best known from Weekend Edition Saturday.

Scott Simon is a writer and broadcasters. He has reported fifty states, five continents, and ten wars, from El Salvador to Sarajevo to Afghanistan and Iraq. He has two daughters named Elisa Simon and Lina Simon the couple adopted daughters from China. Baby We Were Meant For Each Other is his new book. There is no information about his affairs in social sites.

An American journalist and the host of Weekend Edition Saturday on NPR, Scott Simon married to Caroline Richard since 2000.

Elisa Simon is his first daughter.

Lina Simon is his second daughter.