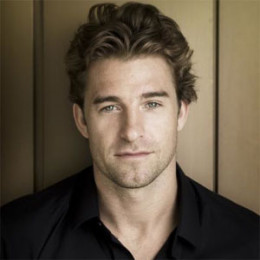 Scott Speedman is a famous British-Canadian actor widely known for his performance in the Television drama series Felicity. He is also popular for playing Lycan-Vampire Hybrid character Michael Corvin in gothic thriller horror movie series Underworld. He also has worked with famous director Tim Burton in the movie Duets.

Recently he is playing the lead role of Barry Brown, in the much appreciated American drama series Animal Kingdom alongside Ellen Barkin. Animal Kingdon has 8.1 IMDB ratings.

Scott Speedman was born on 1st of September 1975 in London. Scott’s parents were Scottish. He belongs to British-Canadian ethnicity. His mother was a primary school teacher and a champion runner, Mary Campbell and his father Roy Speedman was a department store buyer.

On February 8, 2016, his sister Tracey died from cancer. His father Roy had also died in 1999. When he was 4 years old, his family moved to Toronto, Ontario. He attended Earl Haig Secondary School.

While in school he was a competitive swimmer and was a member of Canadian Junior National Swim Team. In 1992 Olympic trials, Scott secured ninth place.

Due to his neck injury, Scott was forced to leave swimming and also other sports. He started building interest in acting. Then, he attended the University of Toronto and York University to prepare himself for the acting career.

He made television debut on Speaker’s Corner, the open forum show of Toronto City TV. Being encouraged by it, he auditioned for the role of Robin in the Tim Burton film Batman Forever. Ultimately he lost the role to Chris O’Donnell.

Scott made his TV debut in 1995. He appeared in the Canadian series Net Worth. After doing different small roles Scott moved to New York City. He studied at the Neighborhood Playhouse for a short time and dropped out. He then returned home to Toronto.

Then in 1998, Scott landed the role of college student Ben Covington opposite Keri Russell in the TV series Felicity. While working in the series, he started receiving appreciations and got offers for many more prominent roles. In 2000, he debuted in the movie through Bruce Paltrow directorial road trip movie Duets opposite Gwyneth Paltrow. 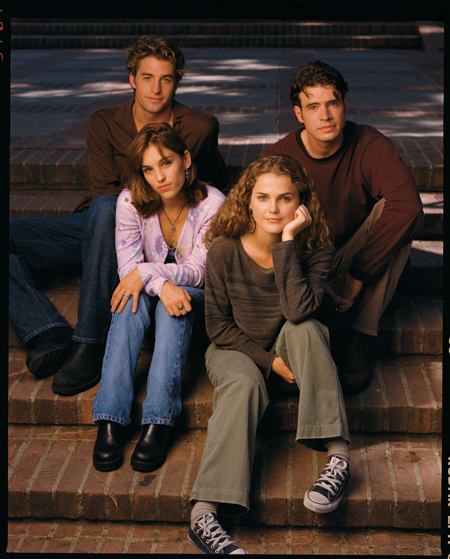 In 2002, he had a major role in a police drama movie Dark Blue opposite Kurt Russell where he portrayed an inexperienced LAPD detective. Next, in 2003, he worked with the fellow high school alumn Sarah Polley in the drama movie My Life Without Me.

Later in 2003, Scott got widely praised for his role in the supernatural thriller movie Underworld. He starred opposite famous Kate Beckinsale and also won various awards for this role. 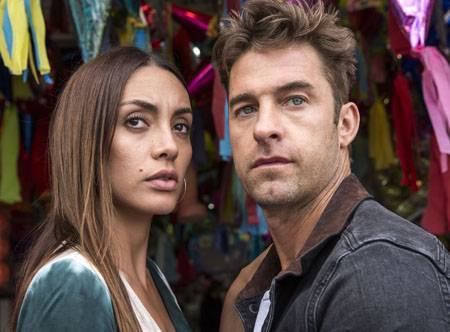 Stills from Scott's new series the Animal Kingdom
Source: Collider
In 2010, he starred alongside Lizzy Caplan and Dwight Yoakam in the American action-western film The Last Rites of Ransom Pride. Then in 2012, he had a supporting role in The VOW portraying the role of Jeremy.

In 2012, Speedman starred as an executive officer Sam Kendal in the ABC military drama series Last Resort. Lately, in 2014 he co-starred with Julia Stiles in the thriller movie Out of the Dark. Also, he appeared in other movies in 2014 including Barefoot and The Captive. Currently, he is playing in the TNT crime drama series the Animal Kingdom.

For his role as Michael Corvin, in 2003 horror film Underworld, Scott achieved Cinescape Genre Face of The Future Award. It is one of the memorable awards he won in his career. Later in 2008, Scott got nominated in Choice Movie Actor Horror/Thriller in Teen Choice Award for his role in the movie The Strangers.

Scott has made huge income through television series as well as movies. He also has done multiple high budget films making his net worth around $3 million.

He is rumored to earn a large salary through his highest success action movie Underworld. The exact payment is not revealed but is estimated to earn good 6 digits figure. Now, his fortune is expanding more with his involvement in new projects like TNT crime drama series the Animal Kingdom.

Paparazzi caught me while cycling.

He pulls himself with different high fashioned clothing and drives luxurious cars. Despite that, he still manages and enjoys living the peaceful normal life. He is seen many times, walking and riding cycling down the road in his free times.

Speedman has a long dating history. He opens up about his different affairs in talk shows and interview. Lately, in 2016 he was seen shopping with an unknown female friend. The identity of the lady is still at large.

From 1999 to 2001, he publicly dated his co-actress from the series Felicity, Keri Russell. The couple was famous and loved by the audience both on-screen and off-screen. But, the couple got separated and the reason was never revealed.

Here's me with Teresa in Sydney, Australia.

After that, Speedman was dating Camille De Pazzis. Later, he confirmed the rumor and the couple were seen kissing and walking on the beach of Hawaii enjoying the company of each other.

He met Camille on the set of their ABC show, Last Resort. But, with the ending of the show, the duo also got separated in 2014. In the same year, he was also linked with American actress and comedian writer Kristen Wiig.