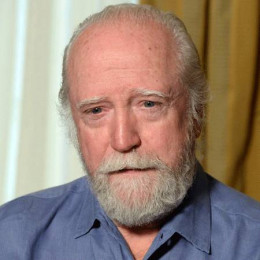 He is an American television and film actor best known as Hershel Greene on the AMC television horror drama series "The Walking Dead". Since the 1960s, has earned more than 50 film credits, including The Dead Man Walking, In Cold Blood,Junebug, In the Heat of the Night, The Great Gatsby and Pearl Harbor. For his performance in the film "The Ninth Configuration", he got a Golden Globe nomination for Best Supporting Actor in 1980. He was born to Jewel and Thomas Wilson.

Moving on to his personal life, he is a happily married man. He loves his wife more than anything and anyone else, the couple have great bonding among each other that is the reason why they are together from a very long time. Yet there is no any record of his children. He currently resides in Los Angeles, California along with his wife. He hasn't faced any controversy till today's date.

She is a beautiful lady who by profession is an attorney and artist. The couple does not have children from their marriage.