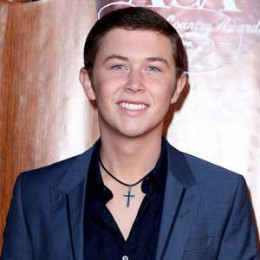 Scott Cooke "Scotty" McCreery was born on 9th October 1993, in Garner, North Carolina. He is the son of Judy (née Cooke) and Michael McCreery.

His father is a manufacturing systems analyst for Schneider Electric, and his mother works as a real estate agent for Fonville Morisey also owns her own tanning salon in Clayton, North Carolina, called At the Beach. McCreery has an older sister named Ashley.

Growing up, McCreery enrolled at First Baptist Church in Garner. He led the church's youth praise band, ''Audience of One'. He is a member of his high school baseball team.

Scotty McCreery began his career as playing guitar when he was in elementary school and sang in various vocal ensembles throughout his high school years.

Scott won the Season Ten of “American Idol” also won the hearts of millions of fans around the globe. McCreery then released his debut album, which was the best-selling solo album released by a country artist in 2011.

His debut album, titled Clear as Day, was released on 4th October 2011. On 19th October 2011, he sang the National Anthem in Game 1 of the World Series between the St. Louis Cardinals and Texas Rangers at Busch Stadium in St. Louis.

In 2014, “Feelin’ It” became his second consecutive Top Ten hit. McCreery released his first book entitled 'Go Big or Go Home: The Journey Toward the Dream,' in May 2016.

Scotty McCreery won the New Artist of the Year Award at both the Academy of Country Music (ACM) Awards and the American Country Awards in 2011. He also won the CMT Music Award for the USA Weekend Breakthrough Video of the Year for “The Trouble with Girls” in 2012.

Scotty McCreery was in a relationship with Lauren Alaina, auditioned for the tenth season of American Idol in Nashville, Tennessee in 2011. He is currently dating Gabi Dugal. The couple met in Kindergarten.

Singer, Scotty McCreery has a net worth of $4 million. The previous winner of American Idol-like Carrie Underwood got $13 million; Kelly Clarkson got $11.7 million. Likewise, Scotty also must have been paid in millions.