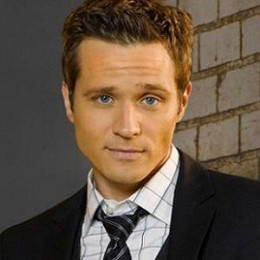 Seamus Dever is an American actor, best-known for portraying Detective Kevin Ryan on the crime drama "Castle". His father is a drama teacher and his mother is a history professor. He began his acting career at the age of six and studied acting in Moscow Art Theater. He completed his undergraduate studies at Northern Arizona University. Dever made an appearance on the critically acclaimed television series “Ghost Whisperer" as Rich Henderson in 2008.

Seamus Dever is married his fellow actress Juliana Dever in 2006. His wife also appeared in "Castle" as Jenny, Ryan's wife. They are both vegetarians and supports the Best Friends Animal Society. Denver is a cousin of Canadian singer-songwriter Feist and Broadway actress Jeanne Arnold. He is the life time member of Actors Studio, an organization for professional actors, theatre directors and playwrights at 432 West 44th Street in the Hell's Kitchen neighborhood of Manhattan in New York City.

He married Juliana Dever in 2006. She is also an actress and played as his wife in Castle.