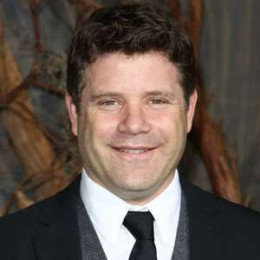 Sean Patrick Astin is a producer, voice artist, and actor well known for his roles as Samwise Gamgee in the Lord of the Rings trilogy. He was born to Patty Duke, an American stage actress. His biographical father was Desi Arnaz Jr. Sean grew up with his stepfather, John Astin. He is also known for his roles in The Goonies and the title character Rudy.

Sean Astin had his first role in television movie “Please Don’t Hit Me Mom” where he played as a child of an abusive mother. At the age of thirteen, he played in The Goonies as Mikey. Sean also played as Lynn McGill in season five of 24 on television. In 2014, he worked as a soldier in Boys of Abu Ghraib. Sean is married to Christine Harrell and has three children, all of them daughters.

Christine Harrell is an American actress and a model. She is an academy award winner and the winner of Miss Indiana Teen. They have three daughters together.

Ali is the first daughter of the couple. There is not much information about her on the internet except some pictures.

Elizabeth is a cute looking daughter of Sean with blonde hair. There in not much information disclosed about her.

Isabella is the youngest daughter of the couple. There is not much information about her except some pictures.