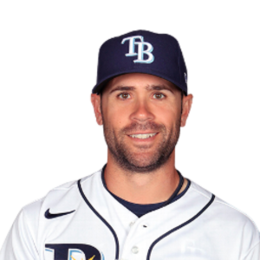 Sean Patrick Gilmartin is a professional American baseball pitcher for the Tampa Bay Rays. He has also been recognized for playing in Major League Baseball (MLB) alongside globally recognized teams such as New York Mets and the Baltimore Orioles. Besides, Patrick Gilmartin is popular as the husband of Kayleigh McEnany, current White House Press Secretary.

Sean Gilmartin shared the wedding vows with Kayleigh McEnany, 32, on November 18, 2017. His wife, McEnany, is the new White House Press Secretary since April 7, 2020. It has been reported that the two were dating since 2015. At the time, he was still a rookie in the team of New York Mets. 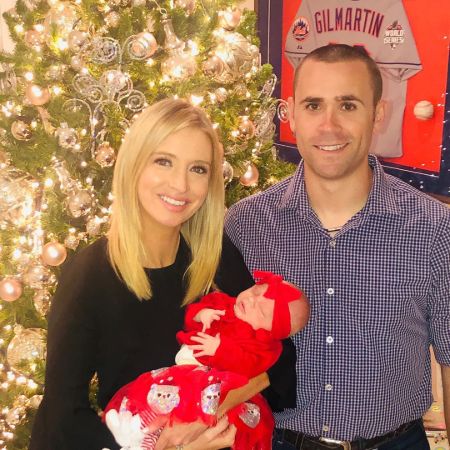 After two years of their matrimony, the lovely couple was blessed by their first child, a daughter named Blake Avery Gilmartin, on November 25, 2019. Although Gilmartin is famous, he has kept a low profile and is not active on social media too whereas his wife often shares photos with him and their daughter in different events to her 197k fans.

The baseball pitcher Saen Gilmartin was born to a California based Chiropractor, Dr. Paul J. Gilmartin, and wife Joanna Gilmartin in Moorpark, California. Later, he was enrolled in Crespi Carmelite High School, located at Encino, California. The San Diego Padres had chosen Gilmartin in the 31st round of the 2008 Major League Baseball Draft after graduating from high school. Gilmartin decided not to sign with San Diego but to go to college instead.

Likewise, the Chiropractor's son attended Florida State University in 2019, where he received a scholarship for playing college baseball in the Florida State Seminoles Baseball team. In 2011, Sean was titled as an All-American as a junior by Baseball America.

Gilmartin's debut match was against the Braves, which ended in a loss of 5-3. After that, he threw five innings against the Phillies in the first major league. Following, Sean was hired by the Atlanta Bravers with a massive signing bonus of $1,134,000. Subsequently, the athlete was transferred to the Minnesota Twins on December 18, 2013. During his time in Minnesota, Gilmartin pitched for the teams such as the New Britain Rock Cats and the Rochester Red Wings in 2014. 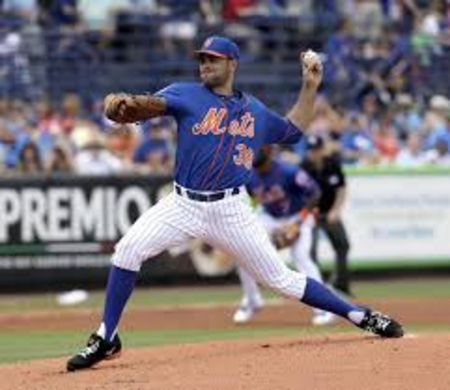 The 6 feet 1-inch tall baseball player eventually signed a minor league contract with the Baltimore Orioles in 2018, which he abandoned for the Tampa Bay Rays. The most recent deal between Sean and them was signed on February 08, 2020.

How Much is Sean Gilmartin Worth?

The father of one Sean Gilmartin has an estimated net worth of $4 million as of 2020. Undoubtedly, he made a vast fortune through his professional baseball career. In 2016, Gilmartin reported having a salary of $517,500, which has possibly inclined at present. 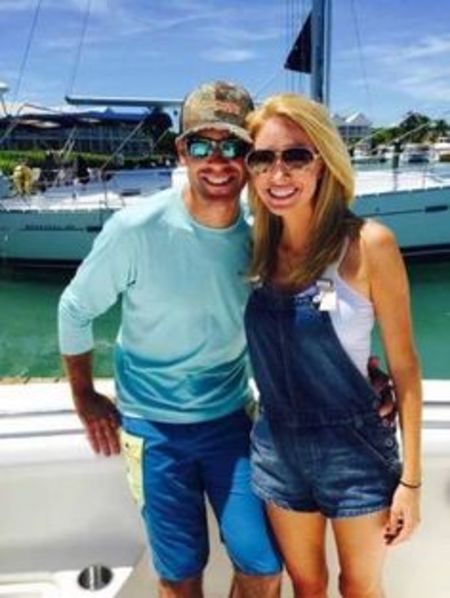 The Baseball pitcher Sean Gilmartin and wife hold the staggering net worth of $8.5 million. SOURCE: Pinterest

In addition, he receives bonuses every year from his team. Besides, his wife, Kayleigh, holds an astonishing net worth of $4.5 million. So, Sean and his family are living a lavish life with the combined net worth of $8.5 million.

Stay intuned with marriedwiki.com for interesting Articles, Biographies, and News.

Kayleigh McEnancy is the current new White House, press secretary. She married the baseball pitcher sean Gilmartin and gave birth to a daughter.

Blake Avery Gilmartin is the firstborn and the only daughter of Sean Gilmartin with Kyleigh. She is 8 months as of now.