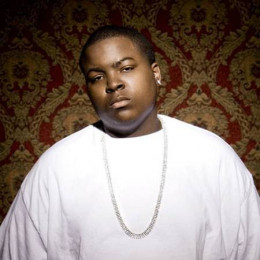 A Jamaican-American singer, songwriter rapper and actor who rose to fame after release of his single "Beautiful Girls" which was included in his Platinum-selling debut album, Sean Kingston. His real name is Kisean Anderson. He attended high school located in Ocho Rios. His childhood was kind of harsh because he had to spent three weeks in jail for burglary and after his mother was charged guilty for identity theft, he lived in his car. His professional journey started after he was discovered by Tommy Rotem on Myspace. He has already sang in collaboration with popular singers like Akon, Flo Rida, Soulja Boy, Justin Bieber etc.

He was all over headlines after he had to suffer a jet ski accident in Miami Beach, but later he made full recovery. Taking about his personal life he has not married yet. Currently he is single but has dated no. of celebrities in the past who were basically models. Currently there has been no rumor and report of any kind of affair regarding him with anyone. It seems like he is more focused in his music. He is a frequent user of Twitter and can be followed @SeanKingston.