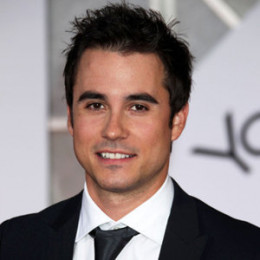 He is a film and television actor and singer, best known for his roles in the ABC series The Whole Truth, as Chad Griffin and in the HBO comedy series Hello Ladies, as Glenn. He has performed in the 2010 film, You Again, as Charlie Mason and as Chris Pritchett in the ABC family series Beautiful people. In 2012, he signed a contract to join the CW hit teen series 90210, playing a recurring character of Nick.

Talking about his sexuality, he is not a gay. It is unknown whether he is married or not, as he has stayed low profile when it comes to his personal life details. Being so popular and charming he might have been through lots of dates and breakups, but there is no any trace of information regarding his affairs. He hasn't been a part of any controversial issues till date.