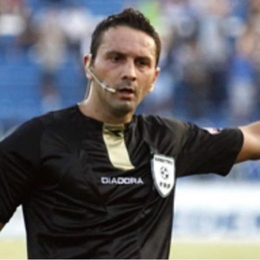 Sebastian Coltescu, is a Romanian football referee who gained media spotlight after he was accused for using racial slur against one of the Turkish club’s assistant coach.

Sebastian Coltescu was born on 6 May 1977, and he is currently 43-year-old. He is from Craiova, Socialist Republic of Romania, and is a Romanian citizen.

Talking about Sebastian's family, both of his parents are dead. He lost his father and mother in a gap of one year. He has a sister with whom he is very close. 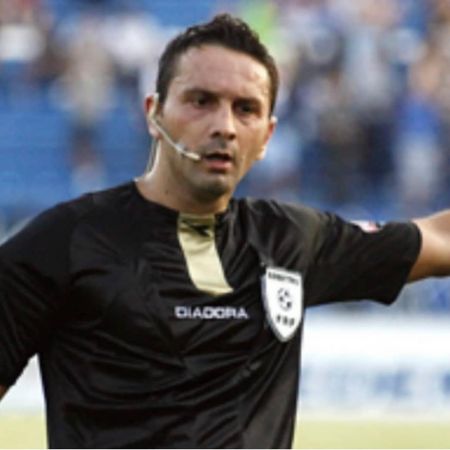 Coltescu is not lucky when it comes to love life. He is twice divorced. He separated from his first wife in 2007, just a few months after their wedding. After that, the referee fell again in love and decided to tie the Knot. However, the bride canceled the wedding just a week before the date. It was an embarrassing moment for Coltescu as guests were already invited, and bills were also paid.

Despite the previous failed relationship, Sebastian did not give up on the idea of finding love. He married again and welcomed a daughter with his second wife. But sadly, his second marriage also did not last long, and in 2020, the couple got divorced.

Sebastian Coltescu started his career as a football referee in 1996, and in 2003 was promoted to Division A. After few years, he was added to the FIFA list, and he refereed several matches a FIFA official.

Sadly, just after a year after his promotion, Sebastian was removed from the FIFA list and demoted to the second division in Romania. Nonetheless, he continued to work hard, and he managed to come back in the first league in mid-2008.

There is no doubt Sebastian has seen a fair share of ups and downs in his career. However, his biggest professional setback came on 8 December 2020, during a UEFA Champions League match between Paris Saint-Germain and İstanbul Başakşehir. During the game, he referred to the Turkish club's assistant coach Pierre Webo as "the black one," which many found as a racist remark. 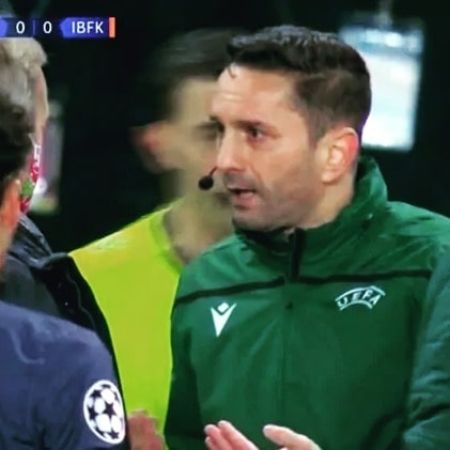 After that, UEFA banned him from the rest of the season, and an investigation was launched against him. Thankfully, on 11 February 2021, the UEFA’s Control, Ethics, and Disciplinary Body, cleared him of racial accusations. However, the body did not remove his suspension.