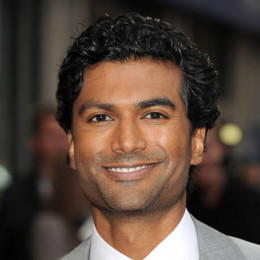 Sendhil Ramamurthy is a talented actor who is well known for his roles in Heroes and Covert Affairs. His roles as geneticist Mohinder Suresh in Heroes and Jai Wolcox in Covert Affairs are well appreciated. He was born to physician parents. He had different career aspirations early however, his interest in acting grew during junior year of graduation and he chose acting for his career. He has already appeared in numbers of Hollywood films including Bollywood movie too.

There are not much rumors associated with him when it comes to affairs or love relationships. He is a married man with two children and is pursuing a happy family life. His marriage has turned out a successful one. He is a loving father as well as husband. He has good career too and he is well supported by his wife. He was a student of Tufts University and was also a member of the Kappa Charge of Theta Delta Chi.

Olga Sosnovska is also an actress by profession. She got married to Sendhil in 1999. They are happy with each other. She was born in Poland but is based at UK and US.

Halina is the first child to Sendhil and Olga. She is loved a lot by her parents. She has grown up as a happy child.

Alex is the second child to Sendhil and Olga. Being the youngest in the family, he is the dearest one to all.