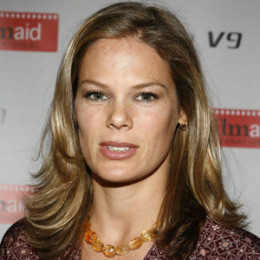 The most self- assured and brilliant American Broadcast Journalist, Serena Altschul is mostly known for her work at MTV News. She is active in journalism since 1993.

Being a journalist, they report about news, shares what is happening in the world but when it comes to their personal life, they usually make them far from media. Serena Altschul is possibly single at the moment.

Serena Altschul holds an estimated net worth might be $500k.

Serena Altschul was born on October 13.1970 in New York City, New York, U.S. She is the daughter of author and botanist Siri von Reis and Arthur Altschul.

She attended Scripps College and studied literature. Serena began her work at Channel One News as an anchor/report. She then was associated with MTV in 1995. Since then, she has hosted MTV news: Unfiltered, Breaking it Down. She went on to work for CNN and then for CBS News as a contributing correspondent.