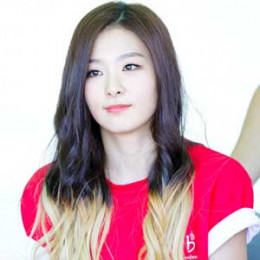 Seulgi is a South-Korean singer and dancer. She is known as the face of the South-Korean girl group Red Velvet.She was also ranked #71 in the top 100 prettiest faces in the world in 2015.

She attended Ansan Byeolmang Middle School, later, she enrolled at Seoul Art High School and School of Performing Arts Seoul. Since her childhood, Seulgi was interested in singing and dancing. Her parents were very supportive when she pursued a career in music

Seulgi auditioned and was accepted into training member of MS Entertainment in 2007. She was in training for almost seven years. After becoming the part of S.M Entertainments, the company released various clips of Seulgi on their official Youtube channel such as her singing a Christmas  Carol.

She appeared with Irene on a video dancing, To Be Natural, which as released by S.M Entertains. She made an appearance in labelmate Henry's "Fantastic" music video and featured in one of the tracks of his album, Butterfly.

On August 1, 2014, she finally debuted with Red Velvet. In January 2015, she started in a musical arranged by the company titled School Oz, where she played the lead role of Dorothy. Later, in 2016, she released the song "Don't Push Me" with her band member Wendy as a part of the Soundtrack of the KBS2 drama, Uncontrollably fund. On December 30, Seulgi with Wendy and other SM artist released a digital single titled "Sound of Your Heart."

In January 2017, she released the song "You are the only I see" with Wendy as part of the soundtrack of KBS2 drama, Hwarang: The Poet Warrior Youth. On January 22, she released a duet titled "Darling U" with Yesung, a member of Super Junior Boy's group, was a part of SM Station.

Seulgi is not married yet. However, her official Instagram account is filled with her pictures with different men.

But till now she has not revealed anything about her affairs. She seems to be focused on her musical career as K-Pop artist and doesn't want any love issue in her life. Seulgi is possibly single.