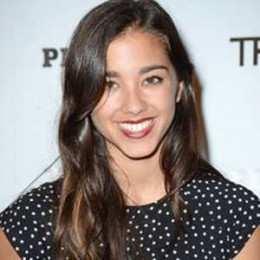 Seychelle Gabriel is an American actress known for her roles in the feature films including "The Spirit" and "Last Airbender". She was born to mother Michelle of Italian descent and father Guy Gabriel of Mexican descent. Gabriel completed her high school studies from Burbank High School in 2009. She played as Princess Yue in "The Last Air bender" directed by M. Night Shyamalan.

Seychelle Gabriel has also played in the movie The Sprit in 2008. She has appearances on The Tonight Show and A Late Night talk Show. Gabriel also played the recurring role on the comedy-drama television series "Weeds". She also played in one episode of Zoey 101. Gabriel has appeared as Lourdes on the TV regular TNT. She has not revealed anything about her relationships.