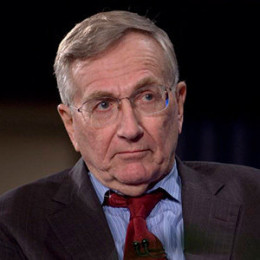 An American investigative journalist and political writer,Seymour Hersh,is currently married to Elizabeth Sarah Klein in 1958. He graduated from the University of Chicago in history degree.He is a correspondent for United Press International in South Dakota.He is the son of Isador Hersh and Dorothy Hersh .Seymour is also a contributor to the magazine named The New Yorker. He has many fans and followers in social sites.

He has won Polk Award five times in his life.He has also won Pulitzer Prize in 1970.Seymour Hersh is a married person. He has written many books among them,Chemical and Biological Warfare: America's Hidden Arsenal is his first book. Hersh's story drew harsh criticism from media commentators and officials. Hersh published the 10,000-word article "The Killing of Osama bin Laden" in the London Review of Books (LRB) on the fourth anniversary of the Abbottabad raid that killed Bin, Laden.