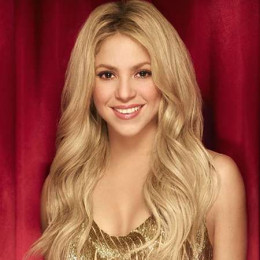 A Colombian singer, dancer, record producer, choreographer, songwriter and model who is better known as the singer and songwriter of hit 2006 song "Hips Don't Lie". She is daughter to Nidia Ripoll and William Mebarak Chadid. Her real name is Shakira Isabel Mebarak Ripoll. She attended Catholic schools. She wrote her first song "Tus gafas oscuras" on the memory of her old half brother's accident. In 1990 she recorded her first debut album Magia which was recorded with Sony Music Colombia. In 2002 her lead single, "Whenever, Wherever" hold the record of best-selling single. Her song "Hips don'y lie" is the best-selling song of the 21st century. Her song Waka Waka was chosen as official song for 2010 FIFA World Cup and it holds the record of biggest-selling World Cup song of all time and in YouTube it has more than 813 million views. She has also appeared as the coach of American version of The Voice. During her career she has won two Grammy awards, five MTV Video Music Awards and many more. She has more than 100 million followers on Facebook.

Exploring her personal life she has not married yet. She was in romantic relationship with her boyfriend who was an Argentinian lawyer. At that time she stated that they were like married couple . After 10 years long relationship there was dispute between them which lead to broke up with the couple. Currently she is dating Spanish football player. Together they are parents of two gorgeous babies. They seem to be very happy with each other. Currently the family resides in Barcelona, Spain.

He is the eldest child of the family. He has very beautiful eyes.

He was born in Barcelona, Spain. He was named in Greek and Russian descent. His name meaning is "defender of mankind".