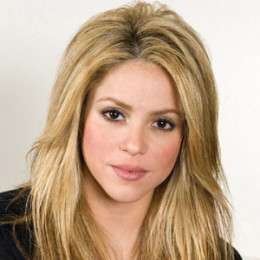 A Colombian singer, choreographer, songwriter, dancer, record producer and model who is better known for her hit 2006 song "Hips Don't Lie" which became the best-selling song of the 21st century. She is the only daughter to Nidia Ripoll and William Mebarak Chadid. when she was just 4 years old she wrote her first poem titled "La Rosa De Cristal". When she was in 2nd grade she wanted to join school choir but she was rejected because her teacher told her she sounded like a goat because her vibrato was too strong. When she was just 10 years she was invited in various events in Barranquilla from where she gained recognition. In 1990 when she was just 13 years old she debuted in music career with her first album Magia,which was recorded with Sony Music Colombia. Her fifth album song "Whenever, Wherever", became the best-selling single of 2002. He gained further fame after she released 2010 FIFA World Cup official song "Waka Waka (This Time for Africa)" which received over 813 million views and became the 9th most-watched video on YouTube. During her musical career she has been awarded with two Grammy award, MTV Video Music Awards, 28 Billboard Latin Music Awards and so on. In 2014 Forbes listed her as 58th most powerful woman in the world.

Talking about her personal life, she has not married yet. During early 2000's she was dating an Argentinian lawyer. Couple were in so much love with each other that she stated that she is already married with him and she don't need papers to prove that. But unfortunately after a decade of their relationship, the couple broke up with each other which she define as an amicable breakup. Currently she is in relationship with Spanish football player and together they are parents of two gorgeous children.

He is the eldest son of the family. He was born in Spain.

He is very gorgeous child. His name has a meaning which means "defender of mankind".