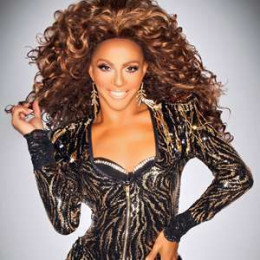 American drag queen, comedian, and reality television personality, Shangela Laquifa Wadley. He grew up as an only child with a single Army vet mom, a hard-working aunt and his grandparents. Shangela Laquifa Wadley spent his childhood singing in the church choir, playing Atari Pole Position and tracing dresses from the bridal section of D.J.'s granny's JCPenney catalog. He attended Southern Methodist University and graduated with honours.

Shangela Laquifa was the first male cheerleader in his local high school since 1968. He briefly worked in public relations before moving to Los Angeles to pursue a career in entertainment. His drag mother is Alyssa Edwards from season 5. Shangela Laquifa Wadley was the first contestant eliminated in season two and returned as a surprise contestant in the series' third season. In 2013, Shangela appeared in the music video "Gone With the Wind Fabulous" by Kenya Moore.