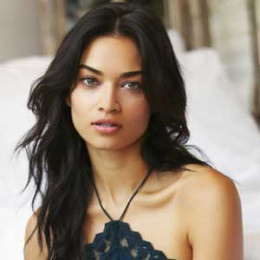 Shanina Shaik is a gorgeous Australian model known for striking natural looks. She showed off her Coachella style with her 894,000 Instagram followers. Her unique ethnic heritage gives her perfect high cheekbones and a dark complexion. She is a popular face in the Australian modeling industry, and her hotness and sense of fashion are famous all over the world. Shaik is best known for walking the ramp for Victoria’s Secret fashion in 2011 and 2012. She also appeared as herself in the TV movie called 'The Victoria’s Secret Fashion Show' in 2011.

Shanina Shaik was born on 11th February 1991 in Melbourne, Australia. She is the daughter of Kim Shaik and Hanif Shaik. She has a sibling named Shay Shaik.

She has a multiethnic heritage. Shanna's father is of Pakistani and Saudi Arabian descent and was born in Singapore, and her mother is of Lithuanian and Australian origin.

Shanina began modeling when she was eight years modeling for Myer and appearing in a TV commercial for Hyundai but stopped when she started high school.

At the age of fifteen, she joined the 'Girlfriend Model Competition.' She also participated on the Australian reality show 'Make Me A Supermodel,' and finishing as the runner-up.

Shanina Shaik began modeling through the reality TV show “Make Me A Supermodel” in 2008. She also competed in the debut season at just 17 years old and was the runner-up behind male model Rhys Uhlich. She’s also appeared as a model on “Project Runway.”

She’s led the runway for brands including Chanel, Oscar de la Renta, Stella McCartney and Tom Ford and starred in campaigns for Sephora and Just Jeans.

In 2009, Shanina Shaik made a ramp walk in 8 shows in the city of New York. She opened for Yeohlee and then walked for designers including Shipley, Abaete, Lorick, Richie Rich, and much more.

In 2010, she walked for the Project Runway and Bebe. Additionally, she performed for Intermix, Free People, Lovable, Avon, Alloy, Shop Bop, and much more.

Moreover, Shanina signed a contract with the New York Model Management. She also featured in the editorials such as Seventeen Magazine and Men's Health.

Shanina got a grand opportunity to walk in the Victoria’s Secret Fashion Show and was 6th Australian model to do so. Most evidently, she has taken part in the print work of Bonds and Victoria’s Secret.

She is a brand ambassador for 'Just Jeans' and also modeled along with Sonny Bill Williams. She featured on the cover of Cleo and Harper’s Bazaar.

Throughout her modeling career, she has featured in advertisements for General Pants Co, Lovable, RMK, Revlon, Seafolly, Shop Bop and Urban Outfitters.

Shanina has over 312,000 followers on Instagram, hovering just below Angel-level.

Shanina Shaik previously dated Tom Penfold in 2008 and after a year of dating they broke up in 2009.

Shanina also dated Tyson Beckford, a model in 2008 and broke up in 2015. The couple met while filming the Australian version of Make Me a Supermodel in 2008.

She hooked up with Ryan Leslie, a recording artist and record producer from Washington, D.C. Diddy, a rapper, singer, songwriter, actor, record producer, and entrepreneur who secured her a magazine spread, in between.

She also dated Julian Posey, football cornerback who is currently a free agent in May 2014 and broke up in July 2014.

She is now engaged to DJ Ruckus (born Gregory Andrews). The couple announced their engagement in December 2015 after the DJ got down on one knee while they holidayed in the Bahamas.

Her net worth is estimated to be around 10 million. Shanina and DJ Ruckus were spending time in the luxurious $10.4million holiday home, which featured six beautiful bedrooms and breathtaking bay views on 3rd February 2017.