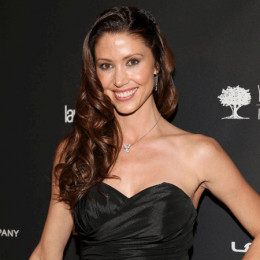 An American actress and former fashion model who is popular for starring in the role of Nadia in the popular film, American Pie. When she was small her family was of a low income background. When she was in high school she was fascinated in playing tennis and she even thought of considering it as her professional career. Before she debuted as an actress, she had worked as a model. She debuted in acting career through 1999's American Pie. She has played in comedy movies like Scary Movie and Jay And Silent Bob Strike Back. she has also starred in horror movies like Thirteen Ghosts, Cursed, and Night of the Demons. Beside acting she loves to do charity work and she is founder of Animal Avengers which is a non-profit animal rescue organization.

Talking about her relationship status, her marital life wasn't successful as her career. Her marriage with her actor boyfriend ended up in divorce due to some personal problems. She didn't give birth to any child from her marriage. After her divorce her name was linked with many celebrities. She was even rumored of dating popular singer Enrique Iglesias but the couple never accepted the rumor of dating each other. Currently she is in relationship with an American business magnate.

During couple divorce he claimed for half of all Elizabeth’s assets and property for putting his own career on hold in order to coach, train and assist her to build her career.