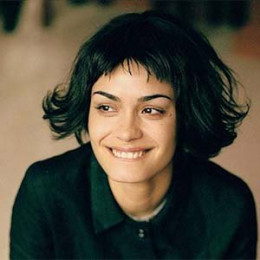 American actress and musician, Shannyn Sossamon is the daughter of Sherry Sossamon, a nurse, and Todd Lindberg. In 2002, Sossamon starred in Miramax Films romantic comedy named '40 Days and 40 Nights', as Erica Sutton, the love interest of Josh Hartnett's character, Matt Sullivan. Sossamon was cast as the female lead in the indie romantic black comedy "Wristcutters: A Love Story," which was based on an 'Etgar Keret', a short story.

Shannyn Sossamonhas is in a relationship with Dallas Clayton, an author, and illustrator, best known for his work on children’s book 'Awesome Book series.' She gave birth to a son named Audio Science Clayton on 29th May 2003. She gave birth to her second son, Mortimer Sossamon Dallas Clayton in December 2011. In 2002, she won the Young Hollywood Award in a category for Breakthrough Female Performance. Shannyn provided her voice for a character named Lorna during an episode of 'Over the Garden Wall', which aired on 6th November 2014. She appeared in the indie romantic drama 'The End of Love as Lydia', a single mother and the love interest of Mark Webber's character.

She gave birth to her son named Audio Science Clayton on 29th May 2003.

She has a second son named Mortimer Sossamon Dallas Clayton born in December 2011.