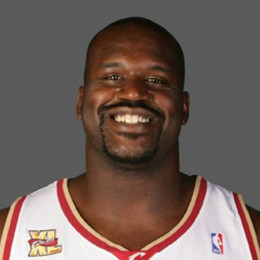 An American retired professional basketball player who is considered as one of the most gregarious personality in sports history. Currently he is working as analyst on the television program Inside the NBA. He is son to Lucille O'Neal and Joseph Toney. His father Toney was a drug addict. He was raised by his step father Phillip A. Harrison, who was a career Army Reserve sergeant. He was inspired by his step father to play basketball. He attended Robert G. Cole High School where his school went 68-1 during his two years with the team and eventually he led the team to Texas State Championship during his senior year. He is a three time NBA Finals MVP, four time NBA Champion and fifteen time All-Star selection. For his mind blowing performance and personality he has been honored with the 35 Greatest McDonald's All-Americans.

Talking about his personal life he was once married. The couple was living happily and was blessed with four children. After 8 years of their marriage relationship they got divorced citing irreconcilable differences as the reason of their difference. He has already dated no. of popular celebrities. Currently he is dating a television personality. Together they seem very happy and make a cute couple. Together they live in his home located in Sudbury, Massachusetts.

They were in marriage relationship for 8 years. They have four children together. His affair with another girl is considered as the reason behind their divorce.

She is the eldest daughter of him from his ex-girlfriend.

He is the first son of him from his ex-wife. He is already seen in high school basketball highlights as a 6'7" freshman.

She is cute and gorgeous. She is the second child from his ex-wife.

He resembles more like his father and his picture can be found along the family in different sites.