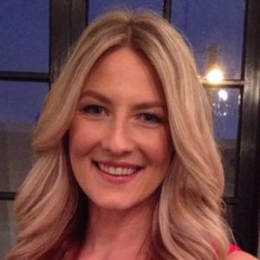 Sharee Hough lives a life out of the media focus but holds a career as a flight attendant, Dance teacher, and fitness instructor. Besides, she promotes her lipstick collection. Also, she more often teaches fun dance with a cardio class for staying healthy.

Are Sharee Hough and her Husband still Together?

Sharee and Mark are united as a life partner for three years now. The fitness enthusiast and best friend turned a lovey-dovey relationship into holy matrimony after dating several years.

Juliane's sister Sharee and her spouse, Mark Selman are still together and they have been enjoying a blissful conjugal relationship and parenthood. The duo recently shared a picture of the two on 30 November 2019 captioning "fun night at our favorite place in Nashville!".

Assuming the amazing chemistry between the two, there is a fewer sign for the couple to go through a divorce or involve in an extramarital affair. Sharee is so in love with Mark that she chose the name "ShareeHoughSelman" right after she moved into his life.

Additionally, in the very picture, Hough donned a white gown while her spouse wore a green and white tuxedo. They were spotted holding one another so lovingly. Similarly, on 7th January 2020, the duo celebrated the 21st birthday of their daughter Paris.

Sharee Hough is happily bonded with a marriage with her husband, Mark Selman. She kept every detail of her husband away from the media. 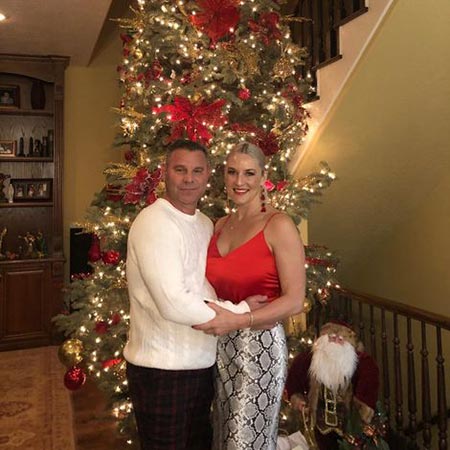 The handsome man, Mark, got engaged to Sharee on February 17, 2018. They started their love life from 2017 and began dating right away. They spent a romantic love life before finally getting married on September 25, 2018.

Since the pair took the boyfriend-girlfriend relationship into the next level, Sharee added the last name of her partner in her. what's more?

Have a look at their wedding picture that she shared on her Instagram!

Apart from her current relationship, Sharee was previously married to a guy named Randell in 1996. They shared a delightful relationship back then and were blessed with six children. Her daughters are; Paris Hough, Sky Hough, Star Hough, and a daughter whose details are yet to be revealed. Furthermore, her sons are; Quaid Hough and Bronson Hough. 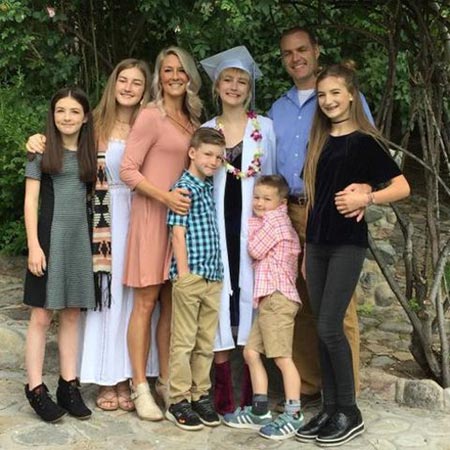 Sharee Hough with her ex-husband and her children.

Sharee had a beautiful bond with her ex-husband, and they were together for over two decades. Nevertheless, they decided to part ways in 2017 and divorced for some unknown reason.

Sharee Hough Career And Net Worth

Sharee Hough holds a net worth of $500,000 to $1 million. Her career as a dance teacher, flight attendant, and fitness instructor helps her gather a reasonable sum of money.

Hi friends! Come join Julie and I tomorrow at 8:30am for hiit yoga! It’s going to be a blast! Bring a friend. See you tomorrow! @treehousefitness @jullabe

Sharee's siblings are quite popular over the media and make an excellent net worth. Her sister, Julianne, holds a net worth of $10 million and her brother, a professional dancer, choreographer, and actor, Derek makes a net worth of $4 million.

The 5 ft 5 inches tall beauty is a philanthropist personality too. She visited Vietnam with Youthlinic in order to raised funds, clothes, shoes, and bedding to savers living in the small village of Vietnam who's been ravaged with storms and lost ist of its irrigation system.

Born on July 22, 1977, in Utah, United States, Sharee Hough comes from a famous family of Hough. She is of white ethnicity and American nationality. Similarly, her birth sign is Cancer. 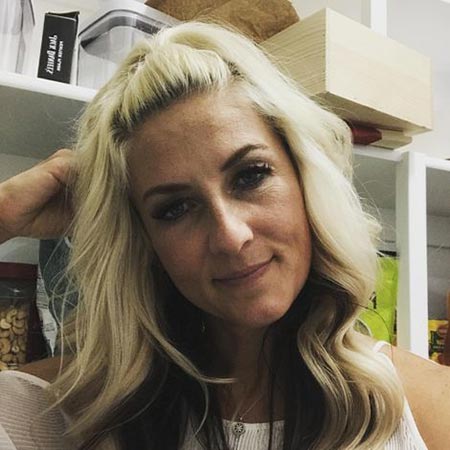 The 5'2" tall starlet grew up with her siblings; Marabeth Hough, Katherine Hough, Julianne Hough, and Derek Hough. She is a daughter of Bruce Robert Hough and Marianna Hough, who got divorced in 1999. Similarly, the blonde beauty took care of her younger sister, Julianne, as her mother was suffered from Epstein-Barr.

Sharee Hough married Randell in the year of 1996 and kept the secrecy of her marriage. They divorced on 2017 for some unknown reason.

Sharee Hough married her husband, Mark Selmon on September 25, 2018, and enjoys a delightful married life with him.

Sharee Hough gave birth to a daughter, Paris Hough with ex-husband Randell. She kept details of Paris' birth to herself.

Sharee Hough and her ex-husband gave birth to their second daughter Skye Hough. There are no details about Skye in the media.

Star Hough was born to the parents Sharee Hough and Randell. She stays quite a low key about her life.

Sharee Hough and her husband Randell are parents to a daughter whose name, they've not revealed yet.

Quaid Hough was born to a mother Sharee Hough, and a father, Randell. Moreover, he didn't reveal a thing about his birth date.

Sharee Hough and her husband are blessed with their second son Bronson Hough and managed to hide information about him.