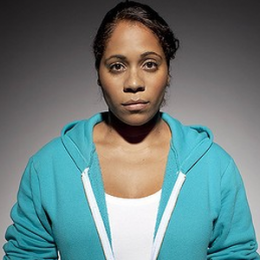 Shareena Clanton is well known as an Australian television, film and theater actress.Her popular movies are Wentworth Prison (2013), Last Cab to Darwin (2015) and Nowhere Boys (2013). She is well known for her recurring role as Doreen Anderson, an Aboriginal woman from an inner city community wracked by drugs, alcohol, and abuse, in the television drama series Wentworth.

Shareena Clanton was born in Perth, Western Australia in 1990 and resides in Melbourne. She grew up in Perth with her parents. Clanton holds Australian nationality with Australian-African ethnicity and stands 5 feet and 7 inches tall.

She was accepted into WAAPA's full-time Acting course and graduated in 2010, after completing the Aboriginal Theatre course from there.

Clanton began her career as a model in Australia and worked for several advertisements for products and brands. She used to participate in various drama performances in her early life which led her to become a successful actress.

She appeared as a leading cast member on the comedy series Ben Elton's Live from Planet Earth for the Nine Network. Also had her first main stage theater experience in the production of 'My Wonderful Day at the Ensemble Theatre in Sydney.'

She recently completed a season of 'A Comedy of Errors' where she played the role of Adrianna.

In 2010, she worked in short film named 'On a Break' as 'Donna.' In 2011, she worked in 'Ben Elton Live' from Planet Earth in Episodes: 3. In the same year, she worked in 'Rescue: Special Ops,' a drama series screening on ABC1 in Australia and Vibrant TV Network in the United States.

In 2012, Clanton featured in one episode of 'Redfern Now,' a comedy television series which aired on the Nine Network in 2011.

In 2013, she worked in 'Wentworth,' a television drama series broadcast on SoHo on 1st May 2013 in a role of Doreen Anderson.

Shareena Clanton won Australian Film Institute Award nomination for her performance in Redfern Now. She also featured in the Australian comedy movie Stone Bros for which she was nominated for a Sydney Theatre Award for Best Newcomer.

Clanton has kept her personal life secret and has not revealed anything about her affairs and dating life. It possible that she is currently a single lady.

Shareena has an estimated net worth of $1 million, most likely or even more given her successful career as an Australian actress