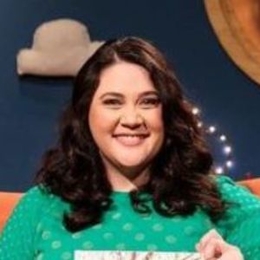 Shari Sebbens is well-recognized for her many stage & screen roles, including Charlotte Gibson in Nakkiah Lui's smash-hit comedy Black is the New White. Besides, she is also one of the three cast members in Angus Cerini's brilliant The Bleeding Tree.

Is Shari Sebbens Dating Anyone?

Shari Sebbens is best known as the Australian Abogorinal actress and stage director. Shari is also known for her many stage & television performances. But 'The Sapphire' star likes to remain tight-lipped about her love life when it comes to dating life.

Shari Sebbens posing with the family at a wedding reception party. SOURCE: Instagram(cloudspotting)

Additionally, there is no news of her having a lovey-dovey link with anyone, and therefore, she might be single at present. The Australian-born actress does have an Instagram but never posted any photo which hinted at anyone as her boyfriend or in love.

It seems Shari is currently focused on a show with the Sydney Theatre Company 'Battle of Waterloo'. In the meantime, Sebbens likes to travel and explore various places with her family and friends in her spare time.

Shari Sebbens as a child, wanted to become a paleontologist or an astronaut, but at the age of thirteen, she saw herself as Deborah Mailman in the 1998 movie Radiance. Shari got a career major boost after portraying Anna in the short film Violet in 2010.

Having said that, the starlet also received a nomination for 'Best Newcomer' after starring in the Australian play A Hoax. In 2012, Sebbens landed a role in Redfern Now, a television series about six inner-city households whose lives were changed by a seemingly insignificant incident.

After a successful stint as a performer on stage and screen, fans became fond of her movie Black is the New White, directed by Paige Rattray. Shari then decided to leap on directing and, in 2019, was appointed director of STC by Richard Wherrett Fellow. The networth of the Shari is estimated at almost $1.5 million.