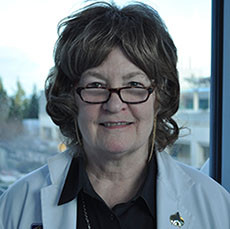 Sharon Lenore Anderson is a Canadian country singer. She was a member of "Trinity Lane", who charted 3 singles on Billboard Hot Country Singles chart in the year 1988. The album produced two singles that charted on the RPM Country Tracks chart in Canada. She released her album "Bringing It Home", on Royalty Records in the year 1995. In 1991, being associated with Capitol Nashville she released her solo debut album, "The Bottom Line".

Moving on to her personal life, she is a married woman who lives in Nashville with her husband and two children: a son and a daughter. Personal details about her husband and kids has not been disclosed yet as she has managed to keep her family matters away from the media. The family is living very happily together. Her official site is www.sharonAndersonMusic.com.