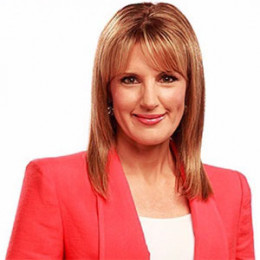 Sharyn Ghidella is a television journalist and a news presenter from Australia. She graduated with a degree in communication from the Queensland University of Technology of Brisbane in 1986. Ghidella was the only student to graduate with a distinction grade in the subject and is the first lady morning show news presenter in Australia.

Sharyn started her career in television as a reporter and presenter for North Queensland Television (now Network Ten). She also produced and presented the regional current affairs program, Newsweek. She then moved to Brisbane to work with Network Ten’s News division before going to the  Nine Network. Ghidella currently presents Seven News Brisbane with Bill McDonald.

Sharyn was once a married woman, who was hitched to Paul Croll, a freelance cameraman. Together they have two children, Austin and Darcy. Sharyn was in a long relationship with Paul before they got married and was a partner of 19 years. This two met in North Queensland Television and they got connected and on several occasion, they had worked together. As of now, their married life ended with a divorce.