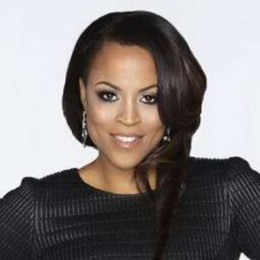 Shaunie O'Neal, a popular television personality, is currently single. She was previously married to Shaquille O'Neal, a former American NBA player. She was raised in Wichita Falls , Texas. Shaunie works with VH1 as executive producer for reality TV series "Basketball Wives & Basketball Wives LA". Besides a television personality, Shaunie is also a film marketer, producer, entrepreneur, and a philanthropist.

Shaunie O'Neal has five children. She has a child from her former relationship while she has four children from her marriage to the NBA star. So far reports are concerned, she is currently single and is taking care of her children well being a successful television personality. She has not revealed anything about her current relationships. Shaunie is living her life as a divorced mother.

Shaquille O'Neal is a retired NBA player. They were married for about nine years. They have four children together.

Shareef is the first child of Shaquille and Shaunie. He is eldest son to Shaunie.

Amirah Sanaa is the second child to Shaquille and Shaunie. She is the first daughter in the family.

Shaquir Rashaun is the third child for Shaquille and Shaunie. He is the second son to the divorced couple.

Myles Nelson is the fifth child to Shaunie. Myles is her son from her previous relationship.