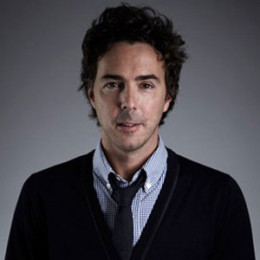 The Canadian-born film director, producer, and actor, Shawn Levy in the early 2000s was the go-to director for larger studio comedy features, most notably the big-budget comic adventures "Night at the Museum" (2006) and "Night at the Museum: Battle of the Smithsonian" (2009). He broke into show business in the late 1980s as an actor with television guest star roles. He directed a popular movie "The Famous Jett Jackson" (1998-2001), before graduating to network prime time as executive producer of the short-lived Rebecca Romijn series entitled"Pepper Dennis" (2006).

He made his acting debut in 'Zombie Nightmare' (1986), a low-budget horror film in which he portrayed the character of Jim Bratten, the leader of a group of teenagers.

In the meantime, Levy developed a rep as a skilled helmsman of family films, often working in tandem with producer Robert Simonds on films like the two Steve Martin vehicles, "Cheaper by the Dozen" (2003) and "The Pink Panther" (2006).

Though never a critical darling, he watched the box-office receipts of his movies increasingly outweigh his less auspicious notices; most markedly with the "Night at the Museum" franchise, which collectively went on to gross nearly $1 billion at the worldwide box office.

By the end of the millennium's first decade, Levy had made a name for himself as a staple creator of Hollywood's lighter blockbuster fare, commanding some of the top budgets for comedic productions in the business.

Shawn Levy is a film director, producer, and actor and has a net worth of $20 million.He earned his money from his acting as well as producing popular movies. He lives a luxurious lifestyle with his family.He also bought the Modern Farmhouse in New York in June 2009. From his hit movie named 2Real Steel (2011), he earned $10,000,000 salary.

Shawn Levy married Serena Levy.The couple has four daughters.The couple are happy with each other and enjoying their holidays.

His daughter Tess Levy is an actress.

Sophie Levy is an actress.