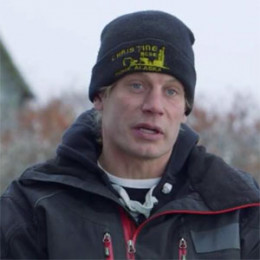 American gold digger, Shawn Pomrenke is known as Mr. Gold. He is the star of Bearing Sea Gold, a reality show in which Pomrenke, along with his family, works together to find gold buried deep under the sea. Pomrenke is unmarried but has a son named Dylan Pomrenke.

Shawn Pomrenke was born on March 26, 1975, in Nome Alaska. He is of White-American ethnicity/race and holds American nationality.

Pomrenke studied at the Nome Beltz High School. At the age of fourteen, he began gold digging with his father, Steve Pomrenke.

Shawn Pomrenke started gold digging since his childhood along with his father, Steve Pomrenke. Later, his family got an offer from the Discovery channel to showcase their mining works via the reality TV show, Bering Sea Gold, and Bering Gold: Under The Ice.

The show revolves around the Pomrenke family; they interact with viewers teaching techniques of gold mining. The reality TV show is set in the aquatic region of Nome Alaska.

Pomrenke appears very hard-working, however, a short-tempered guy on the show. He takes a lot of risks to deal with the dark waters in search of buried treasures under the sea.

In 2015, Pomrenke dug up about 100 ounces of gold and was expecting more in the upcoming season, the Pomrenke family wrapped the 9th season of Bering Sea Gold in September 2017 and Bering Gold: Under The Ice's fourth season in 2014.

Pomrenke's estimated net worth is around $5 million. As he is still active in this field, his net worth is bound to increase in coming days. He is also the co-owner of The Christine Rose, a gold dredge machine.

Shawn Pomrenke has a son, Dylan Pomrenke. However, he claims that he is unmarried. On the show, Pomrenke is seen with his son, but the mother of the child has never been featured. 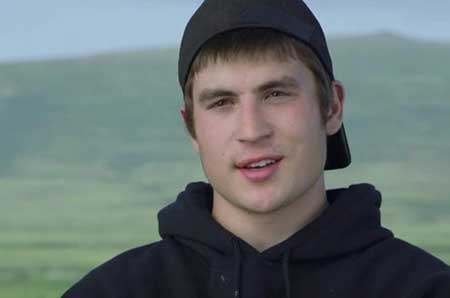 In 2012, Pomrenke got into a fight with a non-local in a pub in Norton, during which he was stabbed in his back. In 2013, he was arrested in Alaska for driving under the influence and was also found driving without insurance papers.