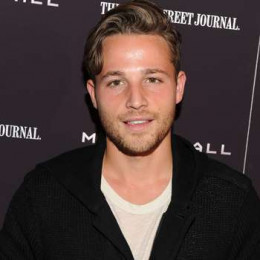 Shawn Caminiti Pyfrom is an actor and singer who is known for his portrayal as Andrew Van de Kamp on ABC's Desperate Housewives and as Lionel Griff in Television series Playhouse Disney's Stanley. Besides, he has also acted in the Disney film, The Shaggy Dog (2006). He is the son of Gail Caminiti Pyfrom and has a French, Italian, Welsh, Dutch, Hungarian and Irish descent.

When it comes to his personal life, he has stayed a bit of low profile. He hasn't married anyone yet but he might have some plans of marrying someone special and living rest of the life with happiness and joy. As he is so charming and popular he had dated some ladies in his past days but currently is single. He does not have any kids from the past relationships.