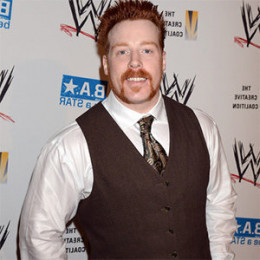 Known as the famous Sheamus in the world of wrestling, Stephen Farrelly was born in Dublin, Leinster. He completed his school studies from Coláiste Mhuire Secondary School in Ireland and was a part of Palestrina Choir at the age of 13. Stephen also used to play Gaelic football during his chilldhood and worked previously as IT technician and a security for a nightclub. Stephen Farrelly got inspired to work as a wrestler after watching the wrestling shows on TV. He began formal training for wrestling in April 2002. After six weeks of training, he made a formal debut in wrestling.

Farrelly began working as a wrestler under the ring name of Sheamus O'Shaunessy in the Irish wrestling. After working on various other local and British wrestling, he made a debut on WWE in 2006. He has worked on several movies like 3 crosses, The Escapist, Assault of Darkness and Teenage Mutant Ninja Turtles: Out of the Shadows.

Sheamus was previously rumored to be dating Jessica Giles, but they later denied it. There is no information about his relationships.