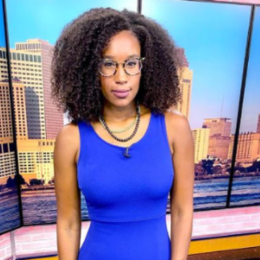 Weekday morning news anchor and reporter, Sheba Turk is one of the familiar names in the broadcasting field. She works for WWL-TV's Eyewitness Morning News.

Sheba Turk is Engaged to her Boyfriend

News anchor Sheba Turk, the New Orleans native, has changed her relationship status, as of now. Turk denies mentioning her lover's identity in any manner. Nevertheless, scrolling through her social media handle, she accepted an engagement ring from her long-term boyfriend in June 2018. 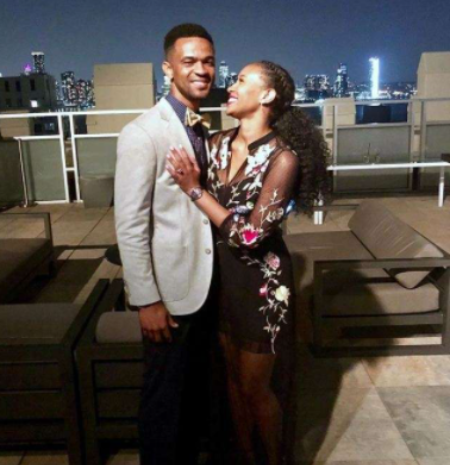 The TV personality began mentioning her fiance on tweets, interview and social media handle since 2014. Hence, we came to know that the two met before or during the mid-2010s.

Speaking of a tweet shared in July 2017, Sheba added that her partner is the one who buys all of her beautiful shoes. Very little is heard about the stunning anchor's relationship and partner due to her exceptionally secret nature.

The curly black-haired is still not married but assuming the compatibility between the couple, it seems we can see Sheba's fiance turn into her husband soon!

The talented Sheba Turk possesses an estimated net worth of more than $200,000 earned from her decade-long career as a news reporter and anchor. Turk receives a payroll of $67,927 per annum which is the basic salary of a news anchor and reporter at WWL.

Further, it was right after graduation, WWL-TV hired Sheba as an associate producer for the morning news. And, within three years, Turk was promoted four times.

The brown-eyed beauty went from associate producer to traffic reporter to field reporter and then anchored to host her own entertainment show, "The 504," named after Sheba's area code in New Orleans.

Besides TV appearances, Turk is a fine writer and has also published her book which was released on 15 March 2018. Her book, "Off Air: My Journey to the Anchor Desk" has a market value of $10. 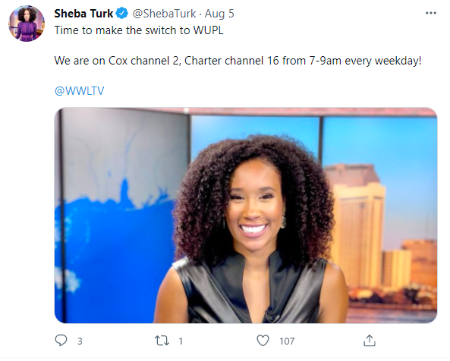 The NYU alum is still busy with her broadcasting career. Sheba is counted as one of the dedicated news anchors at WWL-TV. If Turk continues her hard work in the upcoming days, she will add big bucks to her bank account in no time.