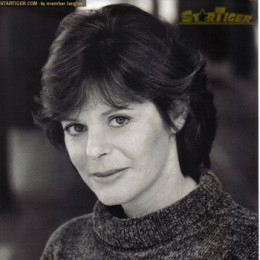 An American television actress who is better known for portraying the role of Margaret Scully, the mother of Dana Scully, on the The X-Files tv series. From her young age, she was very fascinated towards acting. She has starred in lots of TV series like Bonanza, Gunsmoke, Hawaii Five-O, Barnaby Jones, Starsky and Hutch, Trapper John, M.D., Medical Center and so on. Beside TV series, she has appeared in popular made-for-television movies like Behind the Mask (1999) and Dangerous Intentions (1995).

Exploring he personal life, she is already married. Her husband is an American television producer. Together they seem to be very happy with each other. There has been no rumor and report of any kind of affair of her with anyone neither before nor after her marriage. Together the couple is blessed with two children. They family is residing happily in Bellingham, Washington.

He is an American television producer and director. They first each other at the set of The X-Files where he was senior executive producer. They are parents of two sons.

He is the eldest son of the couple. He is very handsome guy.

He is the youngest child. He resembles more like his father.