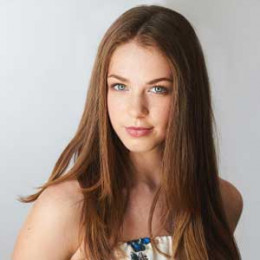 Shelby Bain is a famous Canadian actress and dancer widely known for her recurring role on Canadian TV series The Next Step. She got wide recognition from her television and short movies such as Isabelle Dances Into the Spotlight, Wretched and Withheld.

Shelby Bain Micara now famous as Shelby Bain was born on July 28, 2001, in Canada. She was raised along with her elder brother, Connor by her father Michael Bain and mother, Tara Bain. She holds Canadian nationality and belongs to white ethnicity.

At the early age of 4, she started to dance and began dancing competitively at age six. Shelby learned ballet, jazz, lyrical, tap, contemporary, hip-hop and acro and participated in many dance competitions as well as has won countless awards.

She was the Valedictorian of her class and graduated grade 8 with honors. Bain also got the Impact Award and also awarded for her performance in Math and Drama & Dance.

Shelby attended the Rosedale School for the Arts in Toronto as well as enrolled in many open dance classes and participating in various dance conventions. Shelby was also a part of Advanced Acting at Lewis Baumander Acting Studios.

The 15-year-old young actress Shelby Bain started her professional career from the 4th season of the hit tween dance series The Next Step playing the role of Amy. Prior to her Television dance series, she also appeared in American Girl Movie – Isabelle Dances into the Spotlight, a short film.

Shelby Bain portrayed a freshman student and dancer in TV series, Backstage in 2015 and was inducted into the Hall of Fame Dance Competition as Teen Soloist. She was also awarded the Triple Threat Award at NYCDA.  Following year she also played the role of Morgan in the short film Withheld.

She is a born talent and is now famous throughout Canada and US.

Shelby Bain is a rising star of Canada whose favorite dance styles are lyrical and acro. She actually wanted to be a scientist or a director, but fate had decided something else for her. Shelby became the fabulous dancer and achieved name and fame at a young age.

Being famous in the world is everyone's dream but only passionate one can grab the opportunity, and Shelby Bain is an excellent example of it. She is a young artist, and no rumors about her love life have surfaced yet.

From her career, Shelby Bain has been earning a lot of money. Over the past few years through her dedication and hard work, Bain has considerably added millions to her account. Besides, the actor owns a lavish living space and enjoys a glamorous lifestyle. The exact figure regarding her net worth is not disclosed, but it is considered to be no less than in 6 digits.