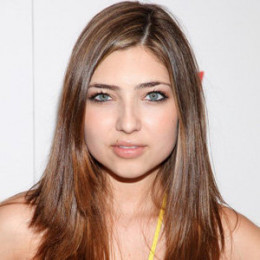 An American voice actress and entertainment actress, Shelby Young is currently dating an actor Charlie McDermott. She previously dated to actor Mark Hapka. The couple was dating from January 2008 to January 2010. Shelby famous movies are A Haunting in Cawdor, The Social Network, and Nightlight. She began her career from a Showtime series named "Going to California". Shelby has many fans in social sites.

Shelby Young has worked in many television as well as movies. She has acted in many voice works among them "The Santa Clause 3: The Escape Clause" is her first voice work she has a role of ADR voice. Shelby has also worked in horror movie, her popular horror movie is Nightlight, the movie was released on 27th March 2015. Young voiced many commercials some of them are Trix, Lucky Charms and Coco Puffs.