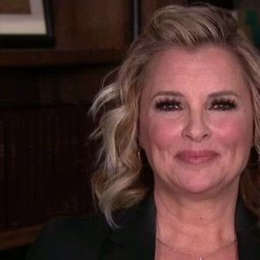 Shelley Luthur is a owner of Salon A La Mode, a beauty parlor based in Dallas, Texas. Recently, Luther has become the highlights of many news for opening her salon, disobeying the orders made by Governor meanwhile in the ongoing pandemic of COVID-19. As a result, she was sentenced of 7 days in prison plus fined with $7000.

Unfortunately, Shelley was sentenced for seven days in prison for violating the government orders during the dangerous coronavirus. According to the hearing made by Dallas Civil District Judge Eric Moye, even obligated her the fine of $7000 for refusing to shut down her salon on May 5, 2020. Again, Tim Georgeff's beau disobeyed the court order and reopened her salon on May 7, 2020. 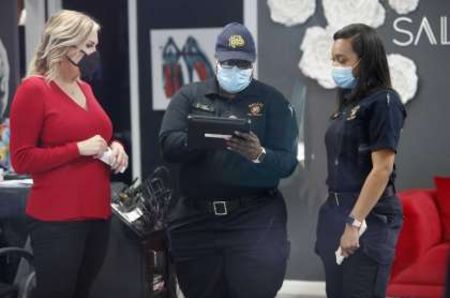 As a matter of fact, it's not the first time Shelley violated the court orders during the coronavirus. On April 24, 2020, Dallas County Judge Clay Jenkins had sent a cease and desist letter ordering to close her beauty parlor. It has been reported in CBS Dallas the beauty owner had disobeyed the judge's order and also refused to pay a fine of $1000 previously.

The following day, she participated in a protest at the Frisco City Council, where she broke the cease as well as desist letter in public. Likewise, she consistently received national coverages and many people's attention as well. 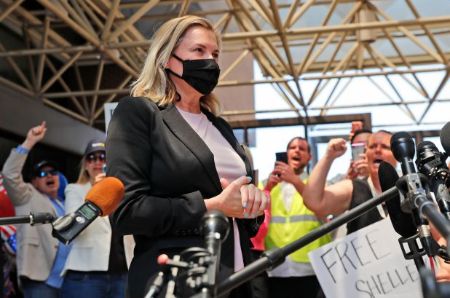 Apart from this, the mother of two formed a Go Fund Me fundraising campaign on April 5, 2020. In fact, the campaign was organized by Rick Hire. The current target of the page is $250,000 so far it has already collected over $150k.

Is Shelley Luther Married? Who is her Husband?

According to Honest Austin, The hairstylist has tied the knots with two different men previously. One of her ex-husband's name was Barry Dee Luther. Prior to her matrimony with Barry, the Dallas salon owner bore two daughters from her previous marriage. However, the clear details about her first husband and daughters are behind the curtains. 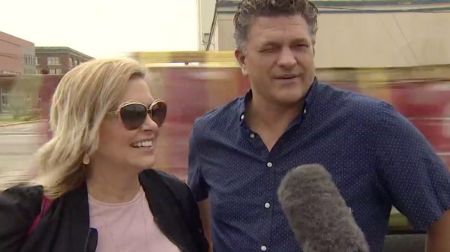 Currently, the businesswoman is dating Tim Georgeff, a musician based in Dallas. The lovely couple is residing happily with there kids: two daughters from Luther's prior marriage and a son from Georgeff's previous relationship. Her lover is supporting in the present condition disobeying the court petition together with her.

Shelley Luther's Net Worth and Income

Tim's girlfriend owns two residential properties, according to Denton County appraisal records: a house on a one-acre lot valued at $292,256, and a four-acre lot valued at $103,768, with a horse stable. She also owns commercial, personal property worth $23,620 at her Dallas County salon. 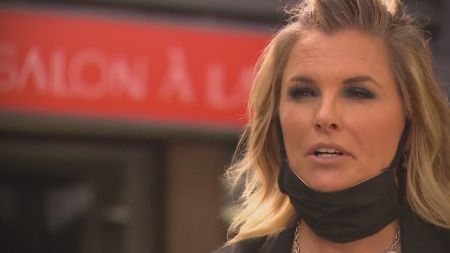 Moreover, Luther's musician partner mentioned on his Facebook account that they together own six horses, three mini-horses, two donkeys, eleven goats, three ducks, six dogs, a wallaby, a ringtail lemur, and a Bengal cat. Calculating all her listed properties, Beauty pundit holds an estimated net worth of $500,000 as of 2020.

Unknown was once married to Shelley Luther and was blessed with two adorable daughters. Currently, they have already divorced.

Barry Dee Luther is the ex-husband of the beauty salon owner, Shelley Luther. It has been reported that they divorced last year in June.

Unknown is the firstborn as well as the first daughter of Shelley Luther. However, her name has not been disclosed and we will update as soon as she discloses.

Unknown is the second child as well as the second daughter of Shelley Luther. However, her name has not been disclosed. Surely, we will update as soon as she discloses it.