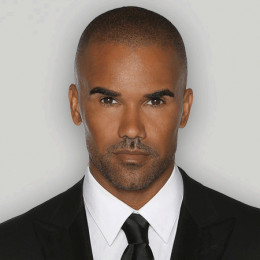 Shemar Moore is a popular actor. He was formerly a fashion model. He is a talented man with awesome physique. His works in The Young And The Restless, CBS's Criminal Minds, Soul Train are talked most. He has worked in numbers of movies as well as television programs and has a prolific career. He has also been nominated and chosen as the winner for numbers of awards for his amazing contribution and work.

Shemar Moore is single but has been through lots of romantic associations. He has also been through some allegations. He is well known as a party freak and an incident had taken place when he was reported to have assaulted a woman in his own party in his house.

However, no legal actions were taken. His parties are known as "Nothing Happened" parties. There are no other rumors or reports about him and he appears a hard working man.

Shemar Moore holds an estimated net worth of $16 million.

Shemar Moore was born as Shemar Franklin Moore on April 20, 1970, in Oakland, California, the U.S. to Marilyn Wilson, a business consultant, and Sherrod Moore, a  teacher in Bahrain and Denmark.