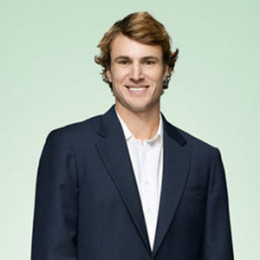 Shep Rose, a 37 years old media personality is known as one of the six cast members of the reality television show, Southern Charm. In 2017, he came along with the fifth season of Southern Charm spin-off, RelationShep.

Born on September 27, 1980, Shep Rose is the son of Frances Rose and William Rose. Regarding his nationality, he is an American and belongs to the White ethnicity. His birth sign is Libra.

He grew up in Hilton Head Island, South Carolina USA along with his siblings; sister, Katherine, and brother, Whitaker. His uncle, B Boykin Rose is the former Public Safety Director of South Carolina.

Rose went to Hilton Head Preparatory School and studied up to ninth grade. Later, he transferred to a boarding school, Episcopal High School. He attended the University of Georgia before moving to Vanderbilt University School of Management and obtained his master’s degree.

After graduating, he started working in the real estate business around Bluffton and Savannah. In 2008, when the US faced the financial crisis he had to shift his business to Charleston, South Carolina.

While living in Charleston, he auditioned for the Southern Charm and luckily got selected. He is known as a fun-loving, free-spirited guy in the show who has a good relationship with everyone. Later he opened his own restaurant, Palace Hotel.

In 2017, he was back on TV with the fifth season of Southern Charms, RelationShep.

Shep Rose is possibly single at the moment. However, once he was linked up with Stassi Schroeder, a television personality. Schroeder was rumored to be his girlfriend when they were spotted together hanging out, but the rumors ended with time.

Rose is quite secretive about his personal life and prefers to keep his private stuff low-key to media which might be the reason he has never been in the limelight because of his relationship.

Rose has a net worth of $200 thousand, as per some online sources. He is an owner of the restaurant which contributes an impressive profit on his net worth.