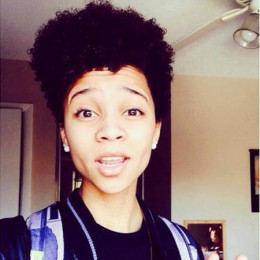 She is a professional American dancer and YouTube star. She is a self taught dancer who got inspired after watching Chris Brown's performance at 2007 Video Music Award and practiced for hours on end in her basement . For her dancing, she has been featured on Worldstar Hip Hop. After posting her first vine video on YouTube, she earned more than 50,000 followers just in 2 days.

Talking about her personal life, she is too young to get married. There are lots of rumor going on about her sexuality of being a lesbian, as she is much more attracted towards girls rather than boys. She has never clarified about her sexuality in public. There is no record of her affairs, as she is much more concerned on enhancing her dancing skills rather than searching a perfect partner.