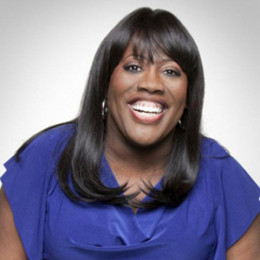 Sheryl Underwood is an American comedian, actress and television host. She first rose to prominence in the world as the first female finalist in 1989s Miller Life Comedy Search. Following her stand up success, Underwood took a number of minor acting role including Bad Mouth Bessie in the 1998 film I Got Hook Ip and Catfish Rita in the 2005 film Beauty Shop. Underwood is also a member of the National Council of Negro Women.

Born on October 28, 1963, in Little Rock, Arkansas, Sheryl grew up in Atwater, California with brother, Michael and an older sister Frankie who was diagnosed with polio.

Underwood had a very bad childhood, and her mother stabbed her father once, fortunately, which he survived. Underwood revealed that she had a twin who died because of her violent mother.

Sheryl joined Air Force Reserve to get away from her family but instead there she was raped, and her attacker was never caught. However, she gained her Bachelors of Arts in Liberal Arts from the University of Illinois at Chicago. She then obtained a Master's degree in Media Management and Mass Communication from Governors State University.

Sheryl joined the military after her graduation but left military because of her passion for comedy. She then participated Miller Lite Comedy Search in 1989 and where she was the first female comedian to reach the finals. Underwood gained a lot of recognition from the show.

Apart from comedy she also did minor roles in Got the Hoop Up and Beauty Shop. She for a short time hosted her own radio show called Sheryl Underwood and Company for One News/Talk and Channel 169. Sheryl in 2011 joined daytime show The Talk in its second season.

She has her own production company named Pack Rat Production which helps people to achieve their dreams to become a comedian.

Speaking of her affairs, she was married to her boyfriend of 7 years whose name has not been revealed to the media. But after three years of marriage, her husband killed himself in 1990. Sheryl said that he might have suffered from clinical depression. The couple had no children.

Sheryl since then has not dated anyone, and it looks like she has no intention to go back to dating.

Sherly has a net worth of 2 million dollars working in many places such as Jamie Foxx's Sirius Satellite Radio Channel that contributed to her income.