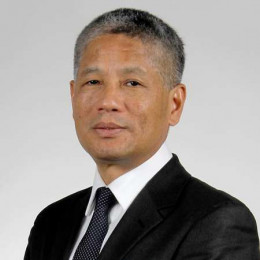 A Nepali business entrepreneur who is better known as CEO and founder of Melbourne Institute of Technology. He was born in remote village of Lamjung, Nepal, where he completed his schooling. Later for high school, he moved to Kathmandu and joined engineering. From 1979 to 1986, he moved to Ukraine in an scholarship and earned Master of Civil Engineering from Kharkov Automobile and Highway Institute of Kharkiv. After completing study he worked in Department of Transport Management as an engineer. In 1990 in-order to complete his further study he went to Melbourne, Australia and joined Master of Business Administration from Victoria University. Currently he is the 99th richest person in Australia and 3rd richest person in Nepal. His net-worth is estimated to be $260 million.

Talking about his personal life, he is already married to his longtime sweet heart. His wife is also Nepali. The couple is already blessed with one child but they have not disclosed the name of the children yet. The couple first met each other at Australia. According to the couple, it was kind of arranged marriage. Both of them have played vital role in each other's success story.

She is very gorgeous lady. She is also a business partner of her husband. She is mother to one child.